From bypass control to multi-axis synchronizing and positioning control with Profibus and CAN Bus, we offer a complete range of solutions for a wide range of applications

This electronic module was developed for controlling the position and/or pressure of a hydraulic axis via the integrated fieldbus interface.

The hydraulic axis can be driven as positioning control with digital stroke measurement (SSI interface) or by analog sensors.

Additionally, an integrated pressure limitation control function for one or two pressure sensors (differential pressure) is implemented. Command signals and actual values are transmitted by a fieldbus communication interface. Feedback are status information and actual values.

Proportional valves with integrated electronics (typically control valves) can be driven by the analogue output.

Internal failure and the system statuses are monitored. The ready output is available as a fieldbus information and parallel as a hardware output.

The parameterization is performed via a USB interface in combination with our PC program WPC-300. Alternatively, defined parameters can be modified via the fieldbus interface.

With this control concept, no absolute positions are approached, rather the synchronization of two axes is realized by a proportional directional valve arranged in bypass. A minimum of synchronization is achieved, for example via a flow divider valve or a gear divider. The proportional valve operates in parallel to compensate the specific deviation of the divider (typically 2… 10 %).

This kind of synchronization control is extremely stable and simple to use. Proportional valves with integrated electronics and external power amplifiers can be driven by the universal analog output. For valves without electronics this controller is also available with an integrated power stage.

This electronic module has been developed for controlling hydraulic positioning / synchronization drives. Proportional valves with integrated or external electronics can be controlled with the universal analog output.

The internal profile generation is optimized for stroke-dependent deceleration or NC control. The controller and its settings are adapted to the typical requirements and thus offer rapid and uncritical optimization of the control behavior. The time-optimized control function offers a high degree of precision together with high stability for hydraulic drives. The movement cycle is controlled via the external position and speed inputs. The high resolution of the analog signals ensures good positioning behavior.

The synchronization control works as a second overriding velocity / position controller. Deviations between the axes will be compensated by adjusting the speed of the slave axis (or both axes in master/master mode). The speed of the axes can be limited with the external analog speed input.

Alternatively, this controller is available with an integrated power output stage. 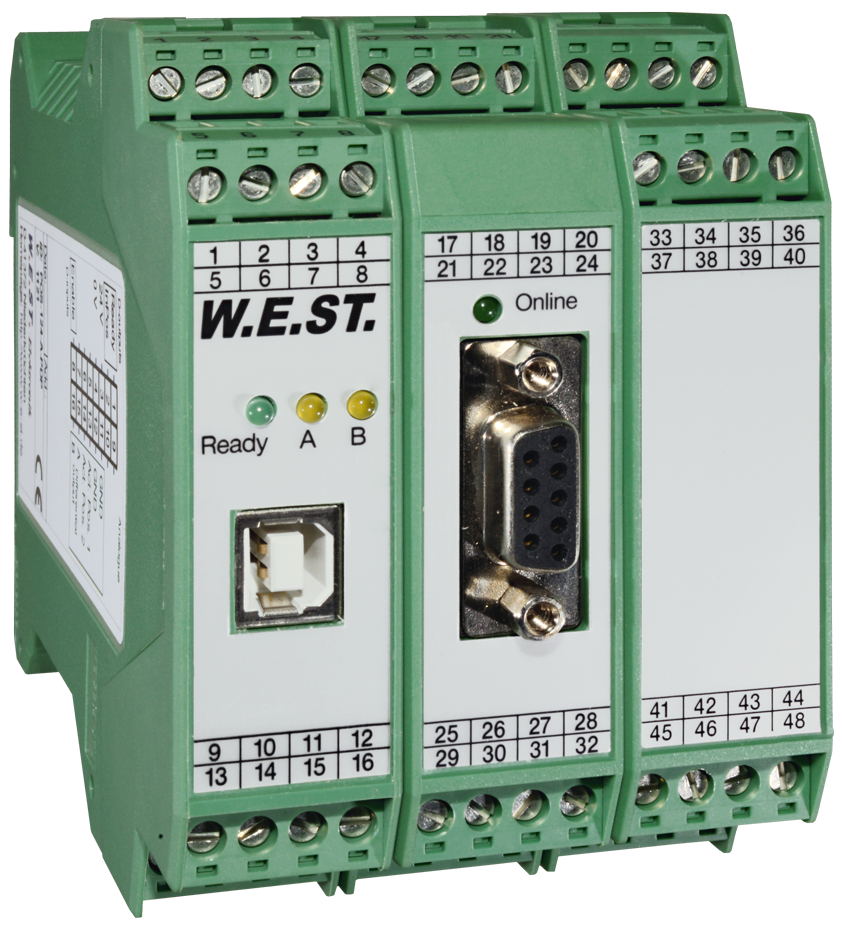 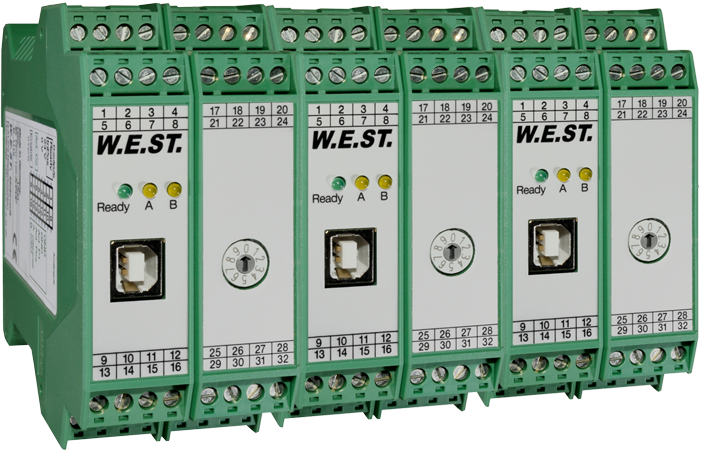 Synchronization system with pressure limitation control, SSI and Profibus interface for 2 to 4 axes

With a system consisting of one PCK-306 and up to four CSC-156 modules, typical synchronization applications like e.g. press and calander controls are possible. Additionally to the positioning and synchronization controller, a pressure limitation controller (differential pressure or force control) is implemented. The function can be adapted to the respective requirements via the various control bits.

Positioning: Similar to our standard positioning controller, the system can be used as point-to-point-control (stroke depended deceleration) or in NC-mode (speed controlled). By means of a few parameters, the controller gets optimized, the profile generation is set via the fieldbus (position and speed).

Synchronization control: Additionally, a superimposed synchronization control can be activated. As control structure, a PI or rather PT1 structure is used. According to the requirements, the master slave concept as well as the average determination (control of all axes to an internal calculated demand position depending on single positions and the command position) are available.